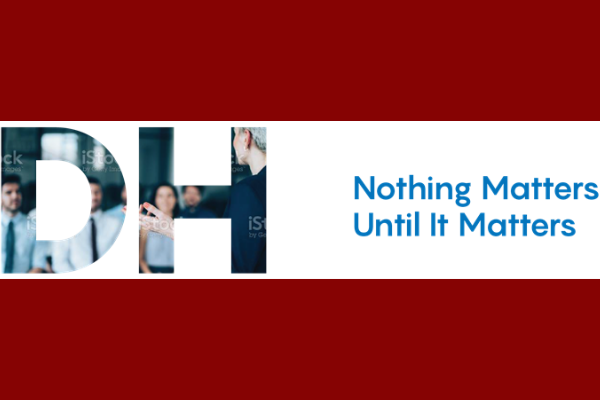 “Nothing matters until it matters.” The first time I heard this expression I was sitting in front of a US Federal Court judge, and he was scolding me. It was more than twenty years ago. I was sitting before him as the CEO of a hospital and healthcare system that was in violation of US Medicare and Medicaid regulations. I had just finished explaining to him that every rural health care facility in the US state in which my company operated was currently violating particular regulation and had been doing so for years.

No one operating a rural hospital in the state thought compliance with the regulation mattered. I asked, why if it mattered for all of the hospitals in the state, and my hospital in particular we were allowed to get away with violating it for so many years? He said, “Because no one made a point of it.”

I explained to the judge that I knew the hospitals in the state were violating the letter and spirit of the regulation. I shared that, prior to being hired by my company as CEO, I did some consulting work for them. In the consulting process, I discovered the violations and informed the Board of Directors. It was then that I was told for the first time, by the board, that it did not matter – it was no big deal, and everybody was doing it. At that point, I felt I had done my job as a consultant, and I moved on to discuss other issues. Months later, I became the company’s CEO.

“So, when did you become CEO?” the judge asked me. I gave him the year and date. I had already worked for the company for a couple of years. He stated sharply, “From the day you accepted employment as CEO of the company you were culpable for the violations. You failed in your fiduciary responsibility.”

This statement hit me like a ton of bricks for two reasons. First, for a long time I had been coaching young leaders and professionals by using the mantra, “Do the right things, in the right way, at the right time, for the right reasons.” I was called on the question of whether I was practicing what I preached and I fell short. Second, this was the last thing I expected to happen. I had gone three years without thinking twice about the violations, in part because my board told me not to worry about it.

The federal investigation, when it began, had nothing to do with the violations for which my company and I were being chastised. In fact, the initial issues had resolved early in the process and the allegations precipitating the investigation were proven unfounded. However, in the course of their work the investigators unearthed the issue I had raised years earlier, the activities we perpetuated because we thought the regulations did not matter. The unearthing was not hard; we did not bury our actions very deep. We just did not think the rules mattered. Suddenly they mattered, and they mattered a lot. The judge said, “When the lid is finally off the pot, all the contents of the stew are open to view. The carrots are as obvious as the beef.” My company was fined a couple of million US dollars. Thankfully, the Board of Directors did not hold me responsible, citing the fact that I did tell them to stop the activities and they chose to continue. Nevertheless, I have never forgotten what it felt like when the judge said I failed in my responsibility.

Did I learn my lesson? On some level, I am sure I did. A few years later, I was working for another hospital system in another country. Six months after joining, I learned that the company was doing some things I considered unacceptable, perhaps unethical if not illegal. The questions and the answers of propriety were vague enough that I felt it necessary to speak with the ownership. Upon hearing my concerns, the owners agreed not to stop the activity entirely, but to take it out of the components of the corporation over which I was CEO. I remembered my blemished mantra, “Do the right things, in the right way, at the right time, for the right reason.” Quietly, without fuss or blame, I left the corporation a few months later. I think I learned that if it matters to me, it matters to me. Honestly, I remembered the judge’s earlier assignment of culpability. If I, as CEO, knew an unethical activity which was occurring outside my immediate scope of responsibility also contributed to activity within my scope of responsibility, would I not in some way be responsible for allowing it to happen?

Today, I get that the big stuff always matters. What I struggle with is my personal belief that the small stuff matters just as much. What I mean is that I see, all the time, instances where people are acting as if things do not matter. I see that they matter and, often, I see how they will matter. I see the implications and consequences of thinking that certain things do not matter. So, I have mixed feelings. How much value is there in my running around pointing out to people in the organization that things matter when they think they do not? The judge said to me, “Things will matter most when you least want or expect them to. There is not always a direct connection between cause and effect.” I am certain that eighty percent of the time when I tell someone that something matters and there will be consequences, they never see the consequences I predict. It reminds me, in an odd way, of the story of the boy who cried wolf. He raises the alarm, and when the wolf does not come, people let down their guard. When the wolf eventually does come, and he almost always does, its attack is unexpected and deadly.

So often I go into organizations that do not have current organization charts, tables of work force, and job descriptions that delineate accountabilities, duties, roles, and responsibilities. When I emphasize how important these are to the stability, integrity, efficiency, and efficacy of operations, I am met with skepticism. I get it. Most of the time such documents sit in drawers or file cabinets gathering dust. However, they, like so many other small things in the workplace, only matter when they matter.

Some time back, I was working with a start-up company that did not yet have a discrete organizational chart. The company lacked a clear, published chain of command. The few job descriptions that did exist were generic in nature; they did not include clear duties, roles, and responsibilities for the incumbents; they did not reflect what was happening on the ground. When I spoke with the leadership about the importance of such documents, I was told that they were not a priority in the grand scheme of things; there were fires to fight on the ground that were more important. I could see the operational issues across the organisation, and I understood the reaction to my suggestion that immediate effort be put into these documents. However, a few days later, I was involved in adjudicating a major breakdown between an employee and a person who was, ostensibly, his supervisor. I say “ostensibly” because I could not confirm who the employee’s direct supervisor was. Nothing existed in writing to describe the formal or informal relationship between them.  The basis of the breakdown was a disagreement of accountabilities, duties, roles, and responsibilities between the parties. There was no statement of the responsibilities of the supervisor to the employee. There was no statement of the responsibilities of the employee to the company and the ostensive supervisor. When the documents mattered and would have made a difference, they were not available to be pulled from a drawer and dusted off.

How did the matter resolve? The arguments of both parties made sense. It was agreed that they would sit with their Medical Director, as they were both physicians acting in different administrative capacities, to clarify, assign, and commit to writing negotiated accountabilities, duties, roles, and responsibilities. Now, you might argue that this is a “Just in Time” solution driven by immediate needs within the organization. Time was not wasted creating documents until they were determined to be necessary. So I tracked the amount of time spent in addressing this matter by the stakeholders. First, there was the somewhat public altercation involving the principals. They took up the time of the staff who witnessed their altercation, both during the event and after when they gossiped about it. There was the time associated with the employee writing the letter of complaint about his supervisor. There was the time spent addressing the complaint and interviewing the involved parties. There was the time each party spent talking about the other with their fellow employees. There was also the time associated with writing and presenting the decision. I conservatively estimated that this cost the company about thirty hours of some expensive employees’ time. Then, the work of creating the product documents begins. It will cost the company at least twice as much to produce these JIT documents as it would have cost them if they had done before the fact.

The point is that whether it is in big government fines or in smaller costs to company, “it doesn’t matter until it matters” issues cost money. As leaders and managers, we steward the company’s resources best when we treat everything as if it matters and matters now.

Most important, is the issue of personal integrity and personal professional development as it regards what matters and what does not. Do not ignore the little things. If you see something happening that you know is not right, address it, and address it sooner rather than later. If you do not, at least two bad things will happen. One is that you will forget about it, and it may come back to haunt you; I have already told you my own story about that. The second is, you start yourself down the “slippery slope” of compromising on what really matters to you. Every time you ignore something that really matters, other things become easier and easier to ignore. Before you know it, you cannot distinguish the big matters from the small matters.

One last thing: when it comes to our interpersonal relationships, whether on the job or elsewhere, we do not want to compromise. Admittedly, it is easier to ignore a matter that needs to be addressed if it involves confronting another person. We argue with ourselves that we are being nice to overlook a transgression. We convince ourselves that the person will, by virtue of you being kind, see the error of their ways and correct a behavior. It does not happen; as they say, “No good deed goes unpunished.” In my experience, whenever I have ignored something that mattered in the interest of being nice or having someone think well of me, that too has come back to haunt me. 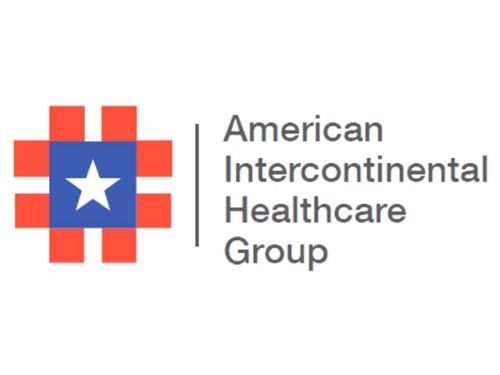